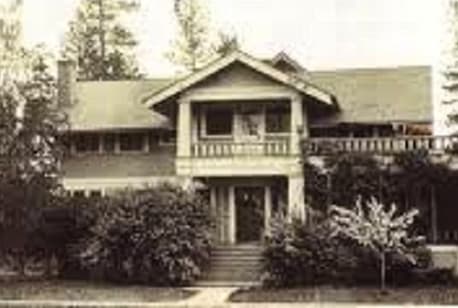 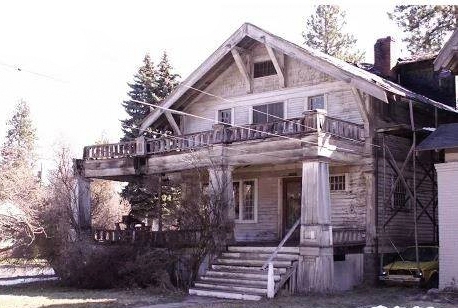 The Eikenbary-Pierce House was built in 1910, a block from Cliff Park in one of the most architecturally significant historic neighborhoods on the South Hill. Arts & Crafts in style, the home possesses beautiful and stylistic Craftsman features such as the low-pitched roof, tapered porch pillars, overhanging eaves and incredible interior woodwork. An interesting piece of the history of this Arts and Crafts home is its connection to the founders of Spokane’s Shriner’s Hospital for Children. The building is significant for its association with Henry A. Pierce and Dr. Charles F. Eikenbary, two of Spokane’s most prominent civic benefactors and philanthropists, and the property’s most significant owners. Henry A. Pierce helped organize the Shriners Hospital for Crippled Children (as it was then called) in Spokane and served as Chairman of the Board of Governors for the hospital for 35 years from its inception in 1924 to his death in 1959. Pierce hired Dr. Charles Eikenbary as the first orthopedic surgeon and Medical Chief-of-Staff for the Shriners Hospital (1924-1926). Eikenbary lived in the house from 1913 to 1922. Pierce Sr.’s daughter Marion came along in 1916, and his son Henry Jr. was born in 1919 when the family lived on Sinto Street in Spokane. The family moved into the House in 1922 (see Timeline). Henry Jr. inherited the house in 1959 when his father died and lived in it until his death in 2009. Henry A. Pierce III took over restoration of the house after his father’s death. Henry III currently manages the restoration, with the assistance of several partners, collaborators, and advisors like his sister Charlotte; longtime friends Susan Freeman, Mick Deviny, and Bill Barany; Spokane Preservation Advocates, and many heroic volunteers. The Eikenbary-Pierce House crew gives great credit and deep appreciation to preservation consultant Linda Yeomans and Spokane Historic Preservation officer Megan Duvall for their essential roles in advocating for and jump-starting the restoration.
Click here for restoration updates! 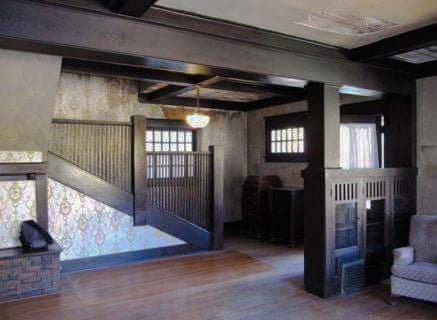 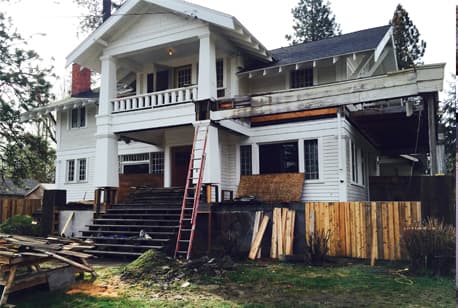 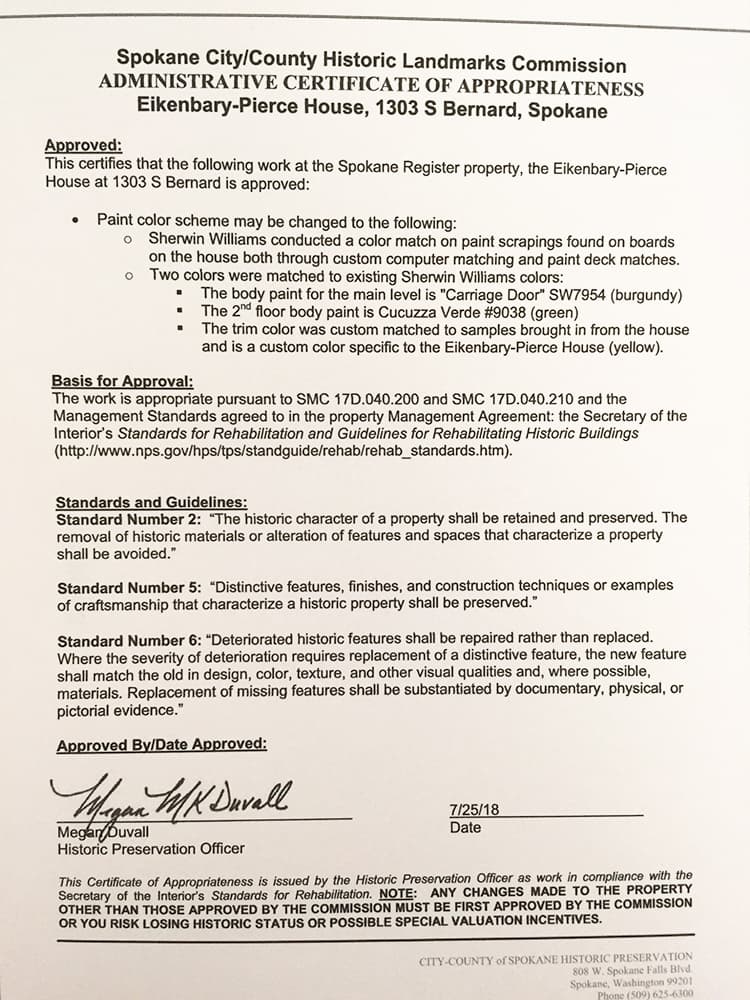 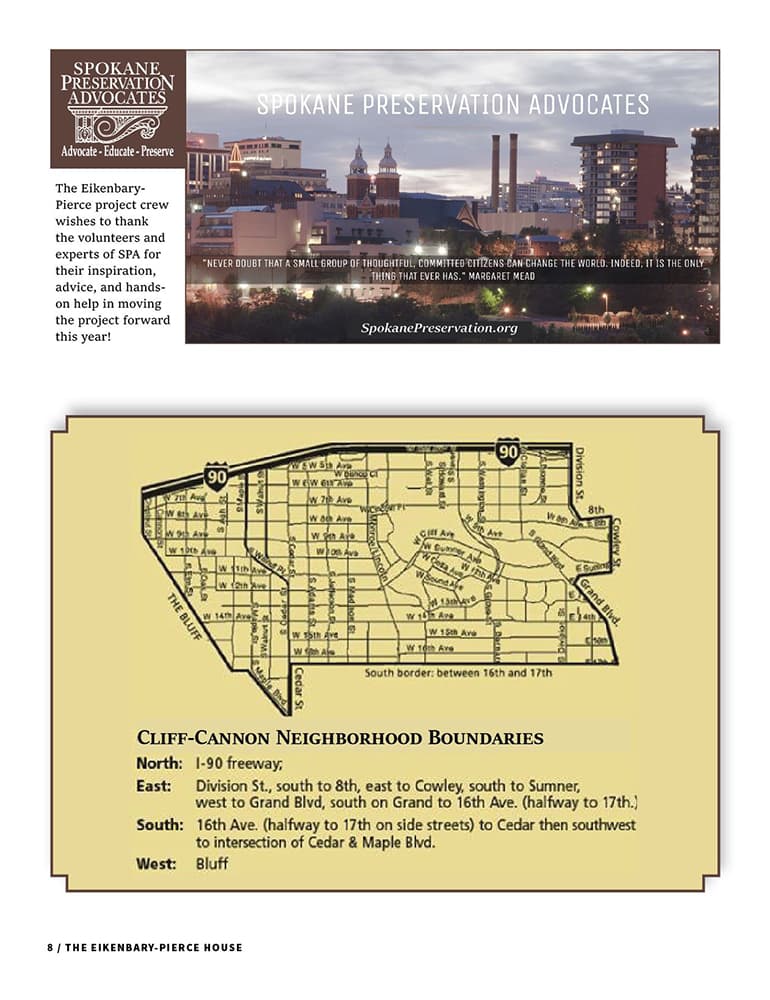 In The Nooks & Crannies

As we went through the house we found many interesting historical items and antiques that evoke memories of our childhood. 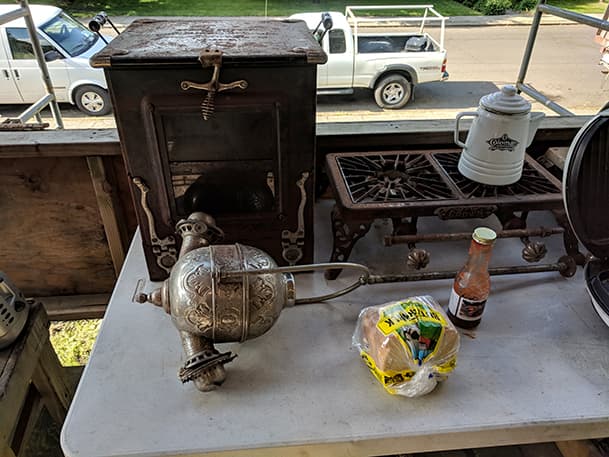 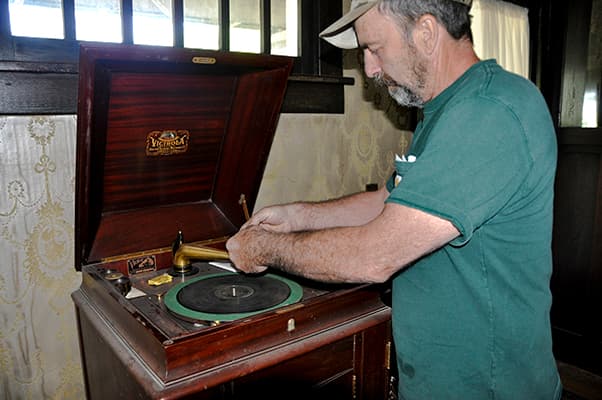 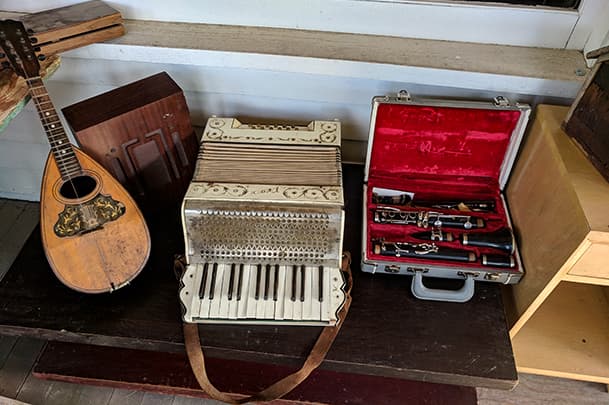 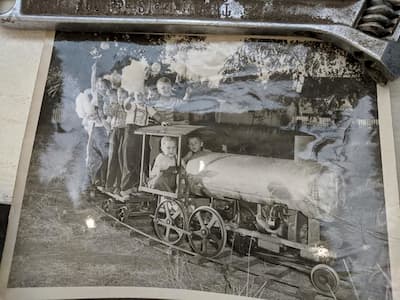 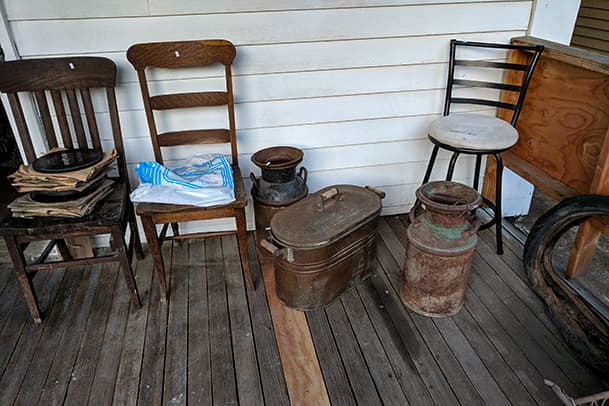 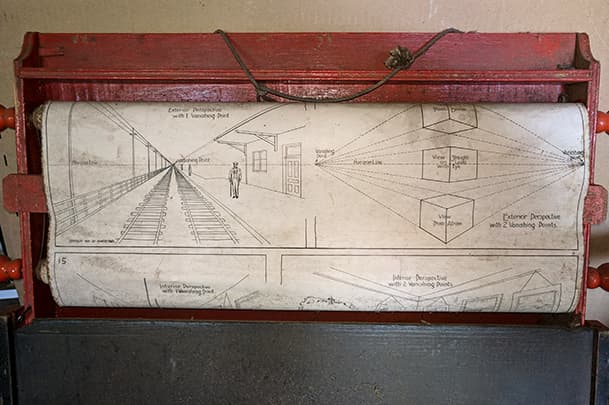 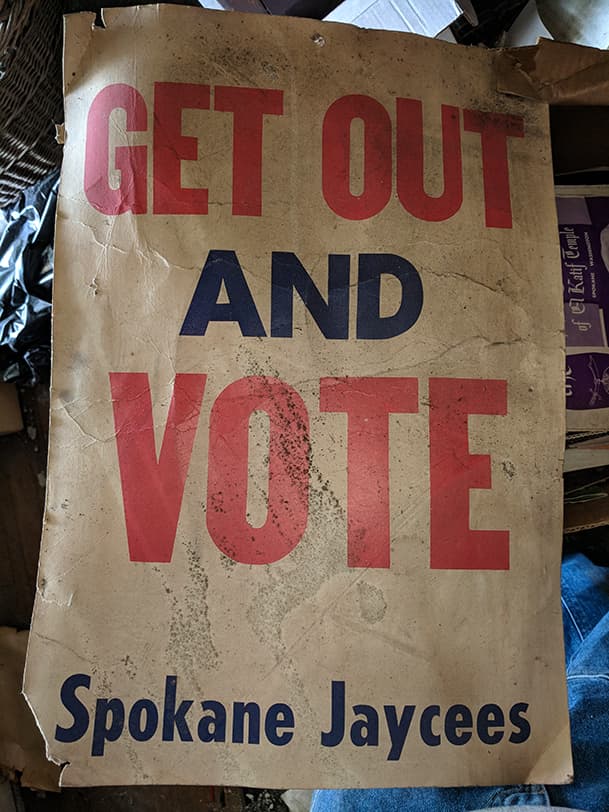 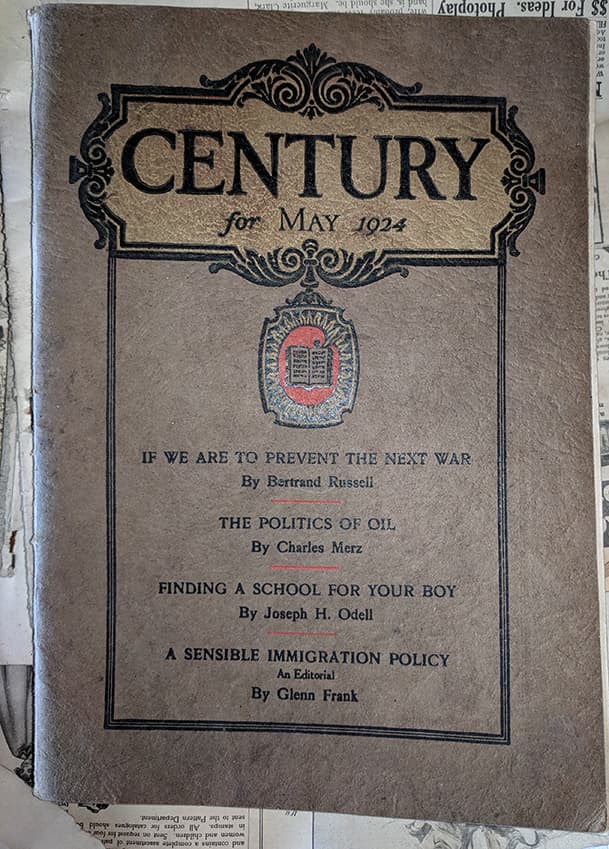 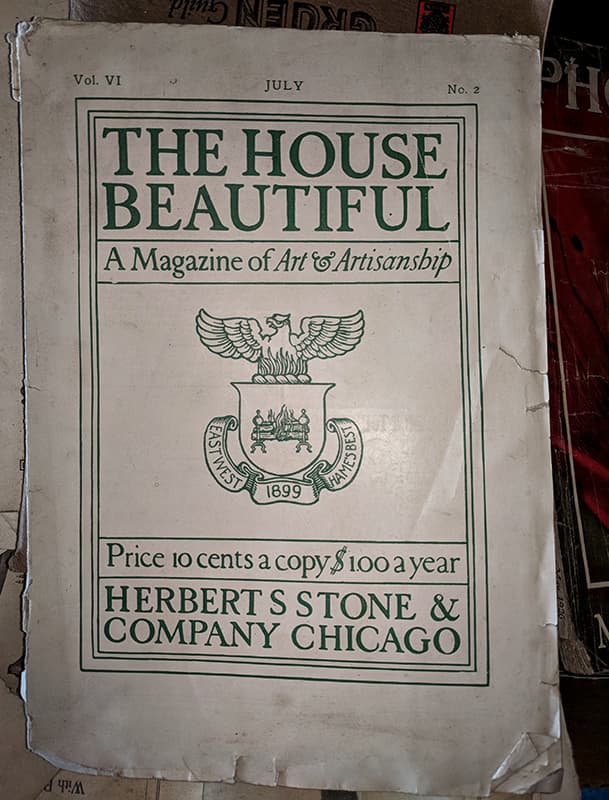 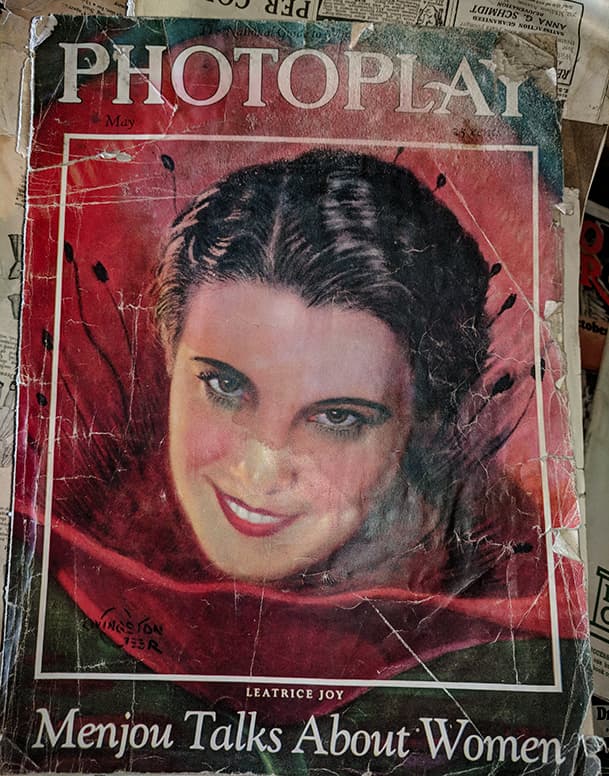 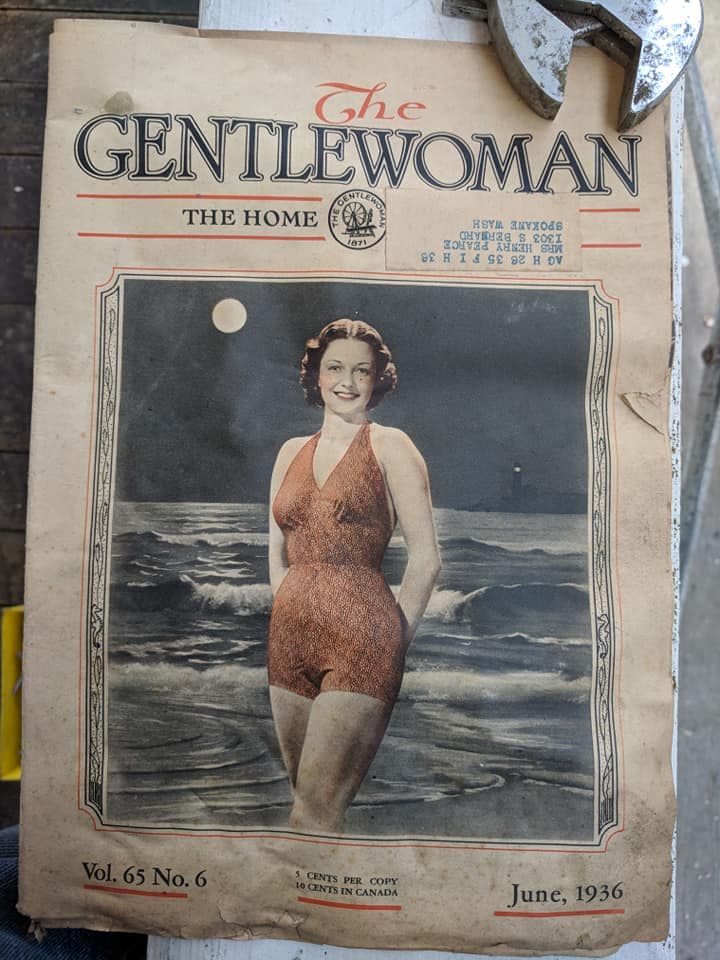 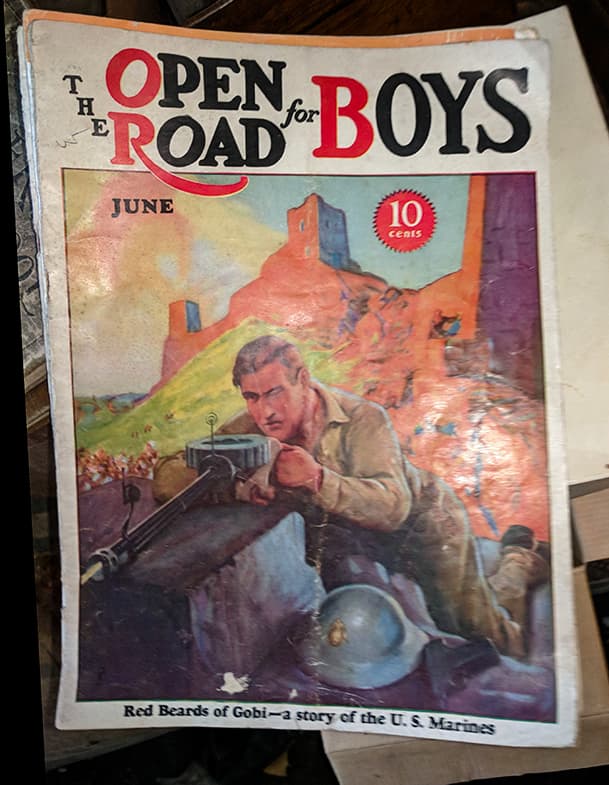 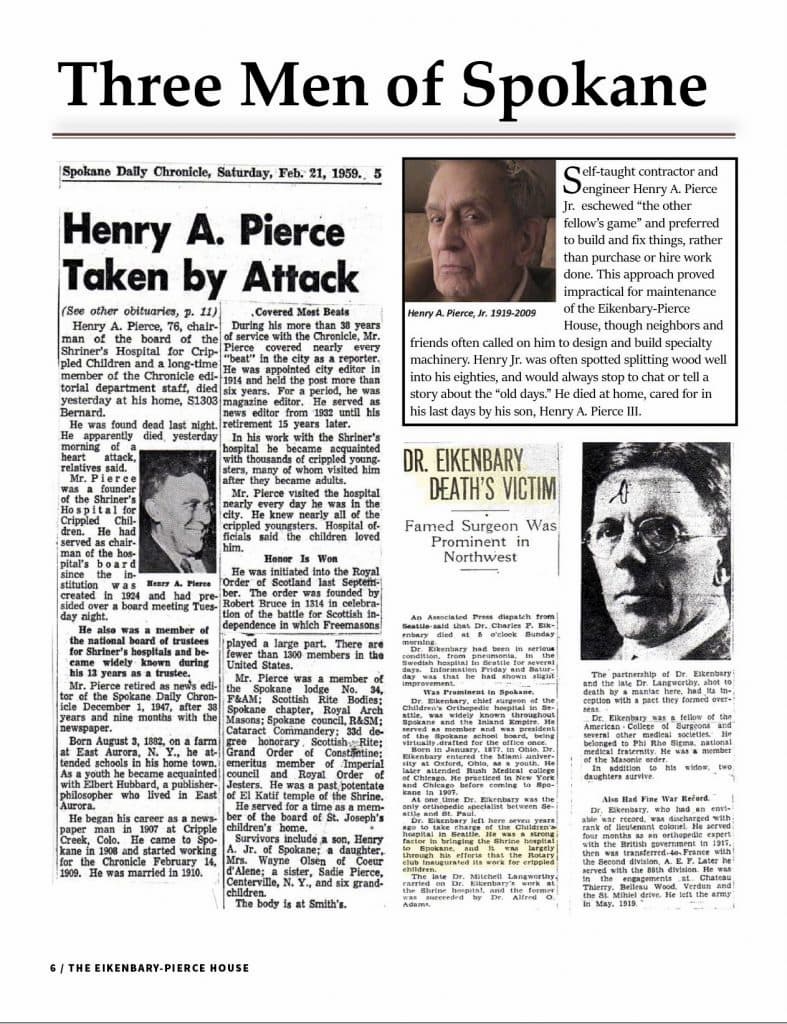 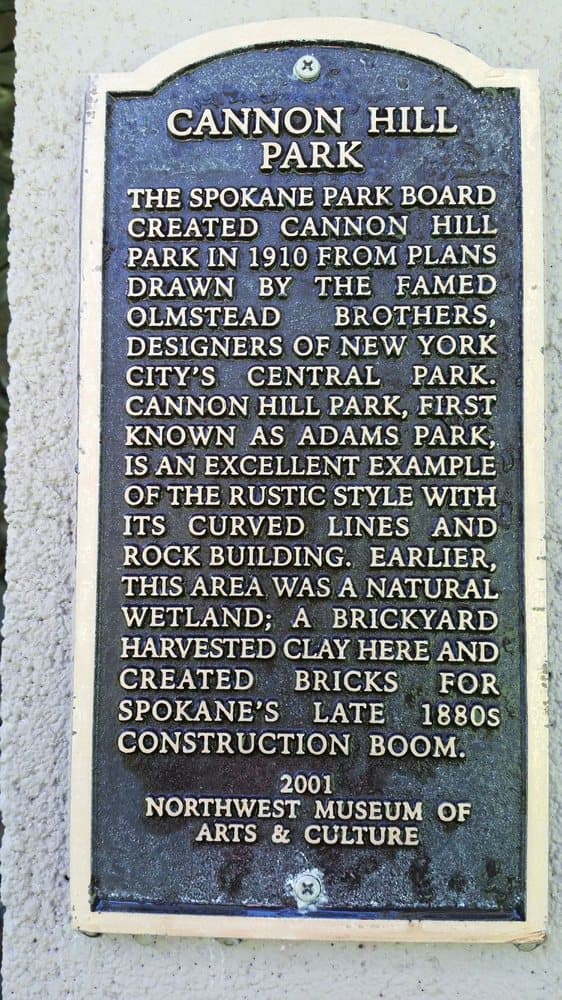