You Can’t Take It With You 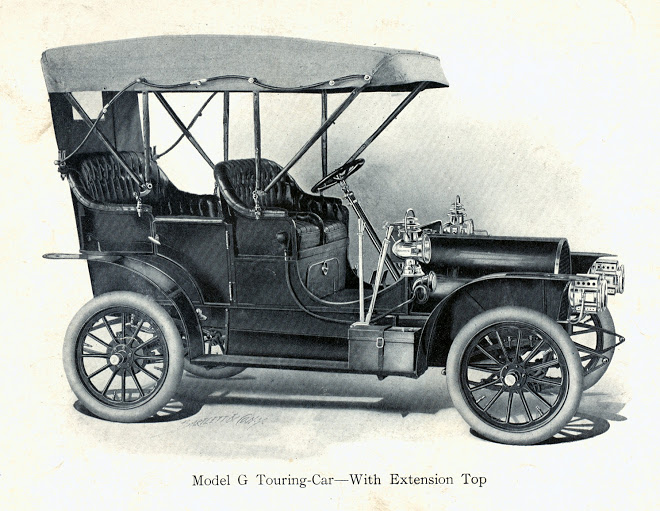 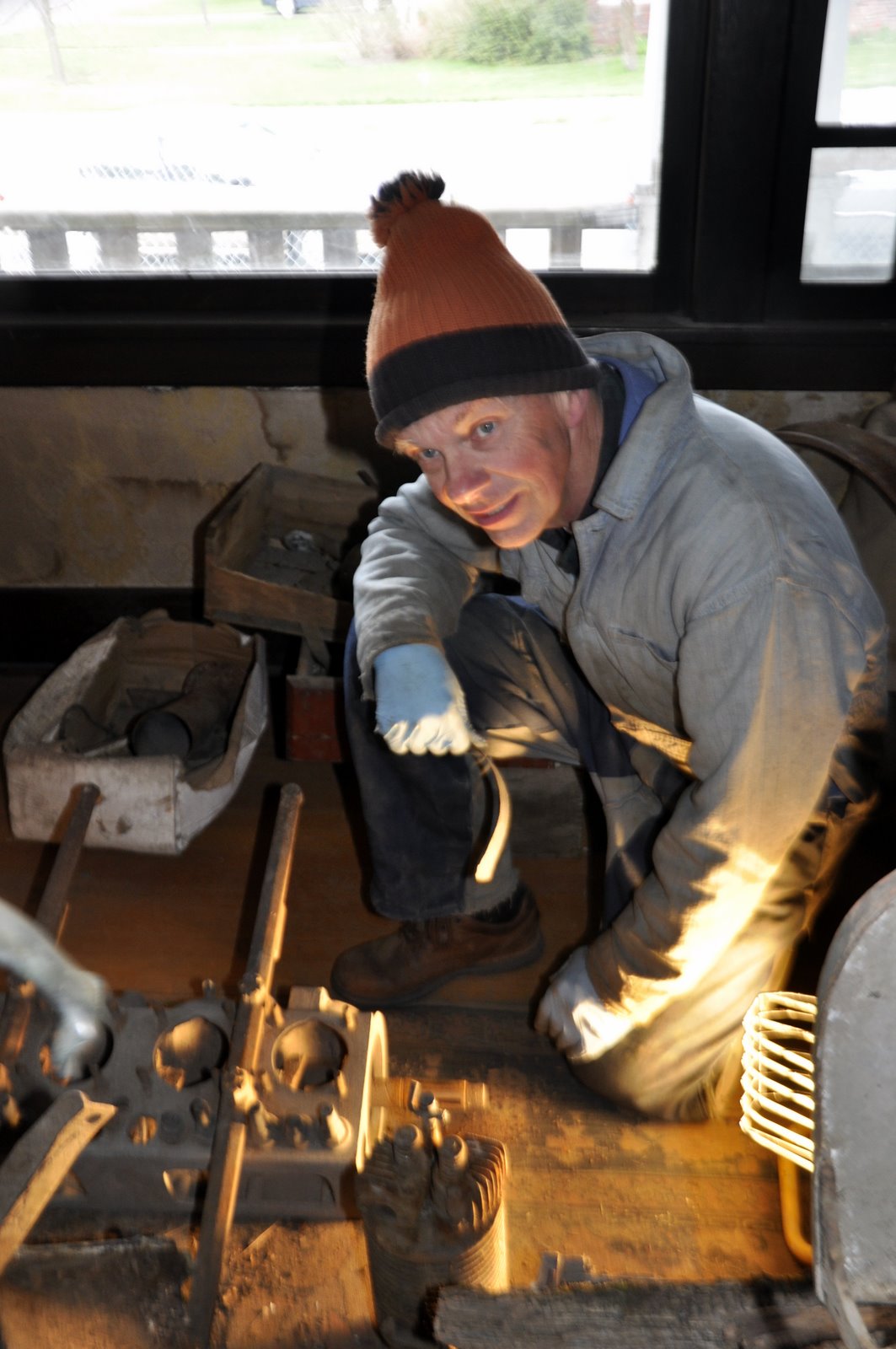 Antique car expert Edward Joy, here inspecting the engine at the EPH, was key to identifying parts and communicating with prospective buyers.

“It has been one of my favorite accomplishments in life, to gather and pass on the 1906 Model G to the capable stewardship of Robert Daniello,” reflected EPH project director Henry Pierce III. “People who knew our father often ask me about the fate of that car, and I’m grateful that I can point to Robert’s joy of ownership and meticulous restoration.”

Redemption of the 1906 Franklin Model G

In life, we sometimes become responsible for things of value by default. They end up in our lap, and we really have to search our souls for the right thing to do. One such challenge for the Eikenbary-Pierce House (EPH) stewards was what to do with the estate’s 1906 Model G Franklin. A zippy “sports car” in its heyday, this early automobile was quite the basket case after a long repose en plein air.

The life-story of this 115-year-old automobile is a fascinating one. We don’t know much about its younger days, but the plot thickens during World War II, when Spokane antiques collector Leroy Price was pressured to dispose of his extensive collection of cars during the scrap-metal drive to support the war effort. Price turned to his friend Henry Pierce Jr., the son of Eikenbary-Pierce House owner Henry Pierce. In the nick of time, he transferred possession of the 1906 Franklin, then in a relatively assembled condition. At that time, the Franklin was a mere 38 years old!

Over the next 70 years, the Franklin’s mechanical parts lay in state of disassembly at the Eikenbary-Pierce House in Spokane. The wooden frame to the car rested for decades in the ancient orchard at the family’s California Creek farm south of the city. To protect it from further attrition by the elements, EPH stewards moved the Franklin’s vulnerable frame in the early 2000s to a secure indoor location in Idaho. 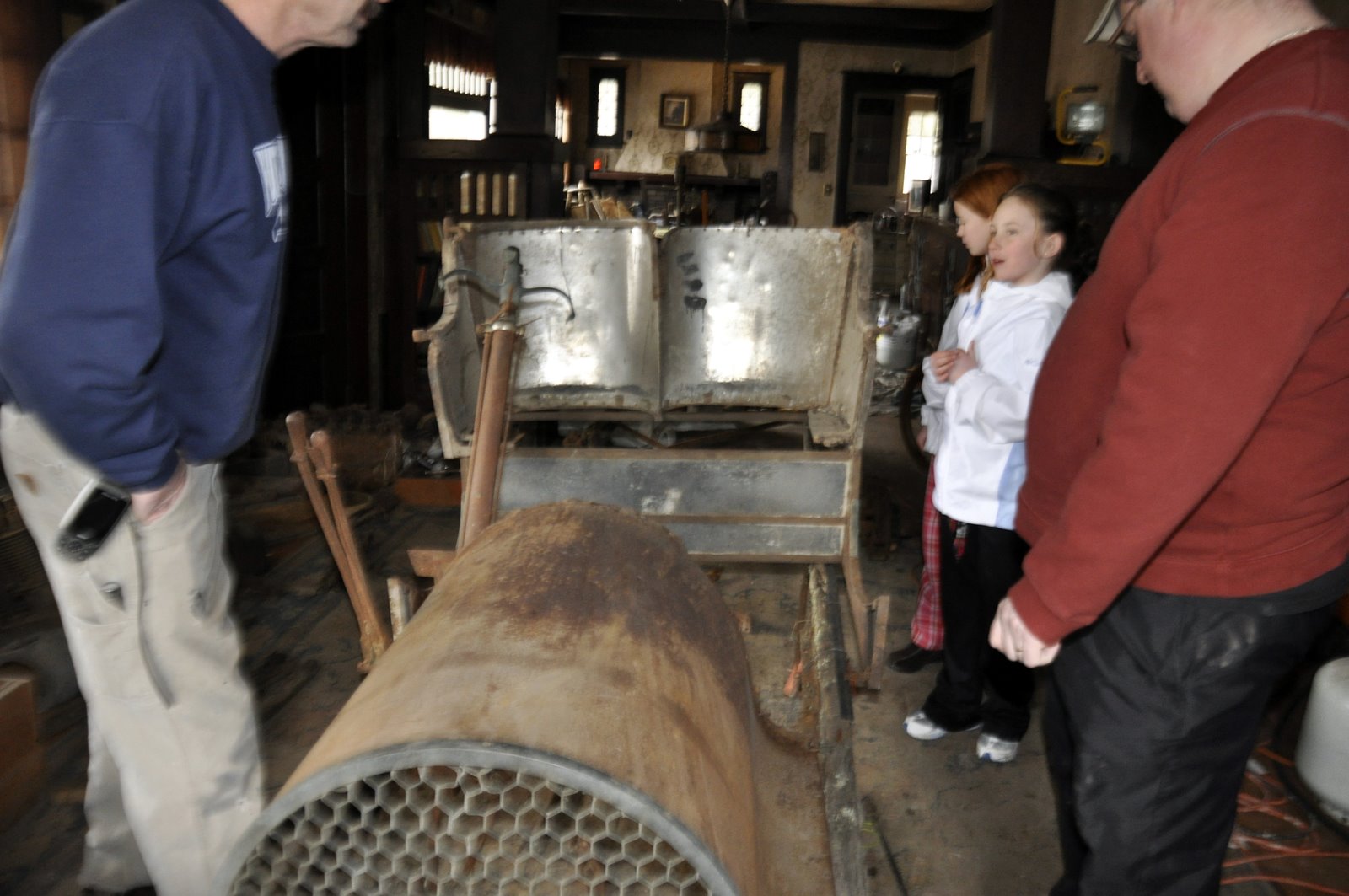 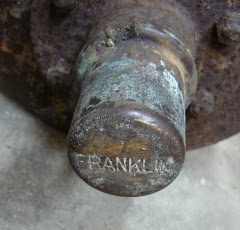 We hope you enjoy these photos of the 1906 Franklin Model G at the Eikenbary-Pierce House. Click here for more photos from the inventory of the parts in Spokane and the ongoing restoration in Massachusetts. Please use our contact form or join our Patreon for reserved access to courses on restoration techniques, sales of artifacts, and educational tours. Robert Daniello maintains a blog where he periodically posts updates of the Model G restoration milestones.

After the death of their father Henry Pierce Jr in 2009, Charlotte and Henry Pierce III came to realize that the most appropriate owner of the Franklin would by a serious restorer who could make it purr again.

An ad in Hemming’s Motor News and other appropriate collectors’ publications attracted a steady stream of vintage car buffs, including Spokane distiller Don Poffenroth. Finallly, Massachusetts inventor and engineering professor Robert Daniello said he would relish the challenge of bringing the car back to life and took delivery of the parts.

The photos accompanying this post and in the related album tell the story of how antique-car expert and family friend Ed Joy and Henry consolidated the widely scattered parts carried out a detective-level reassembly of the frame and mechanical parts in the living room of EPH.  Ed inspected the roughly gathered 1906 Model G, and provided a reviews and testimonials to prospective buyers (photos).

Robert Daniello maintains a blog where he periodically posts updates of the Model G restoration milestones. 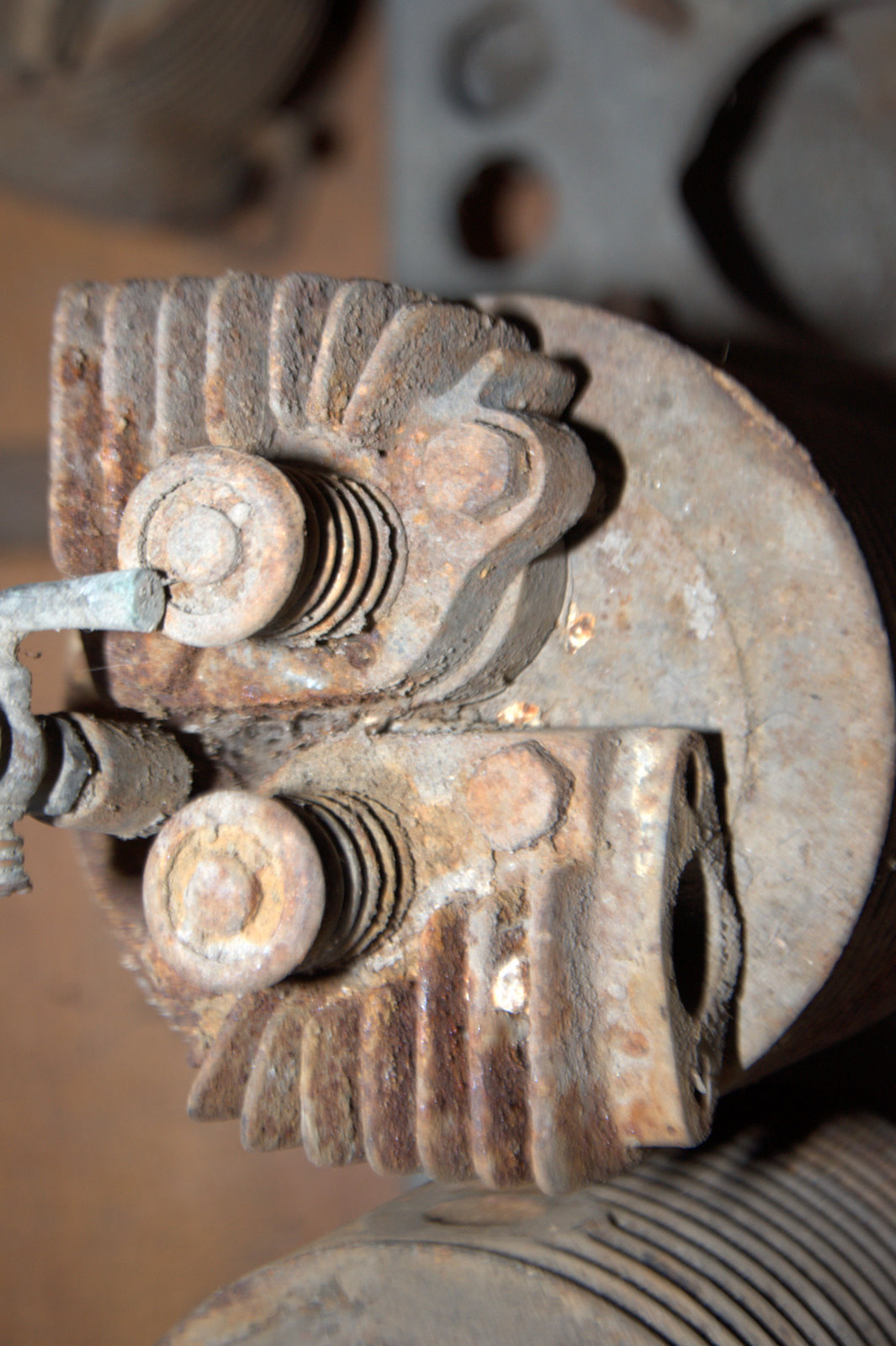 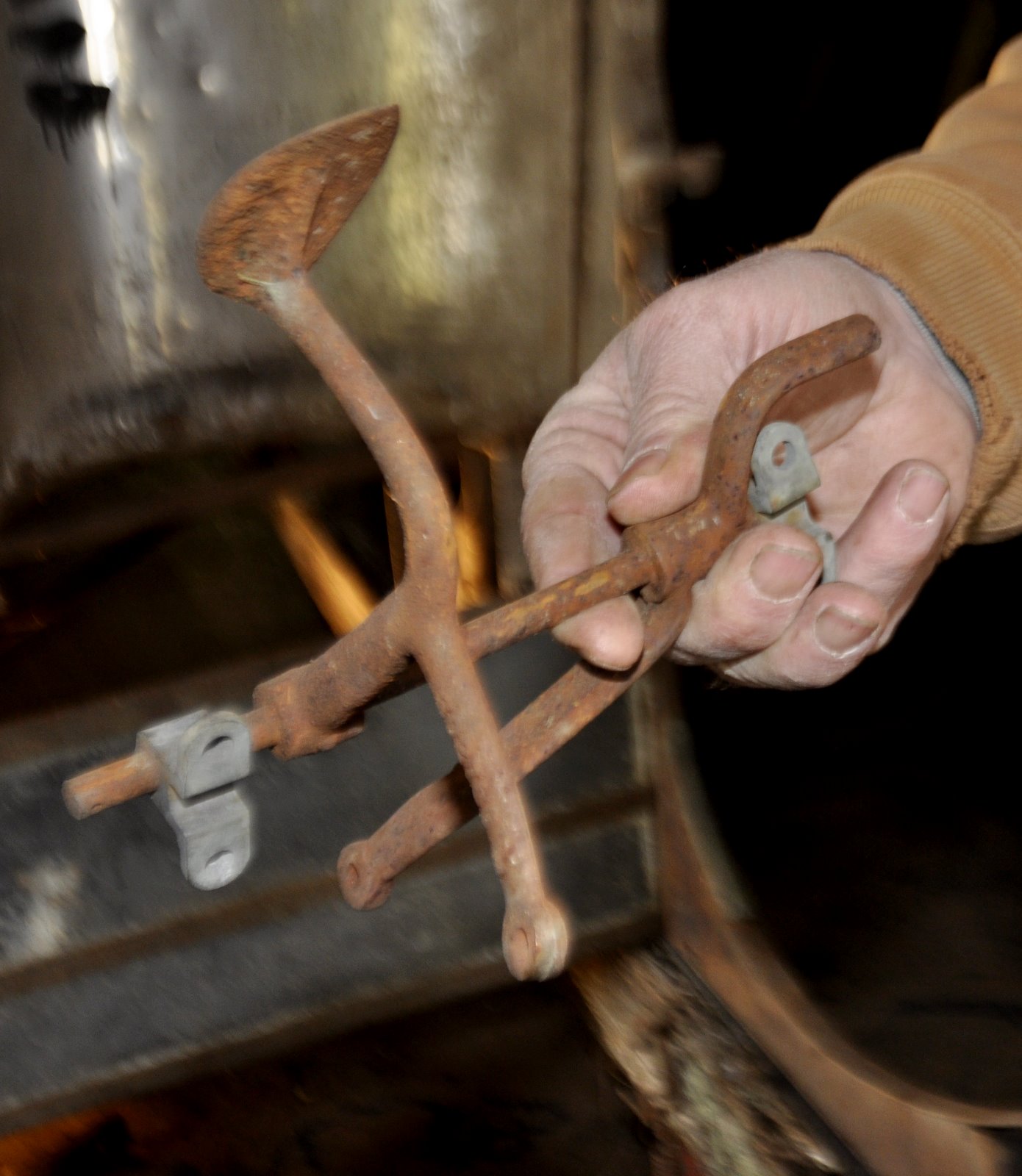 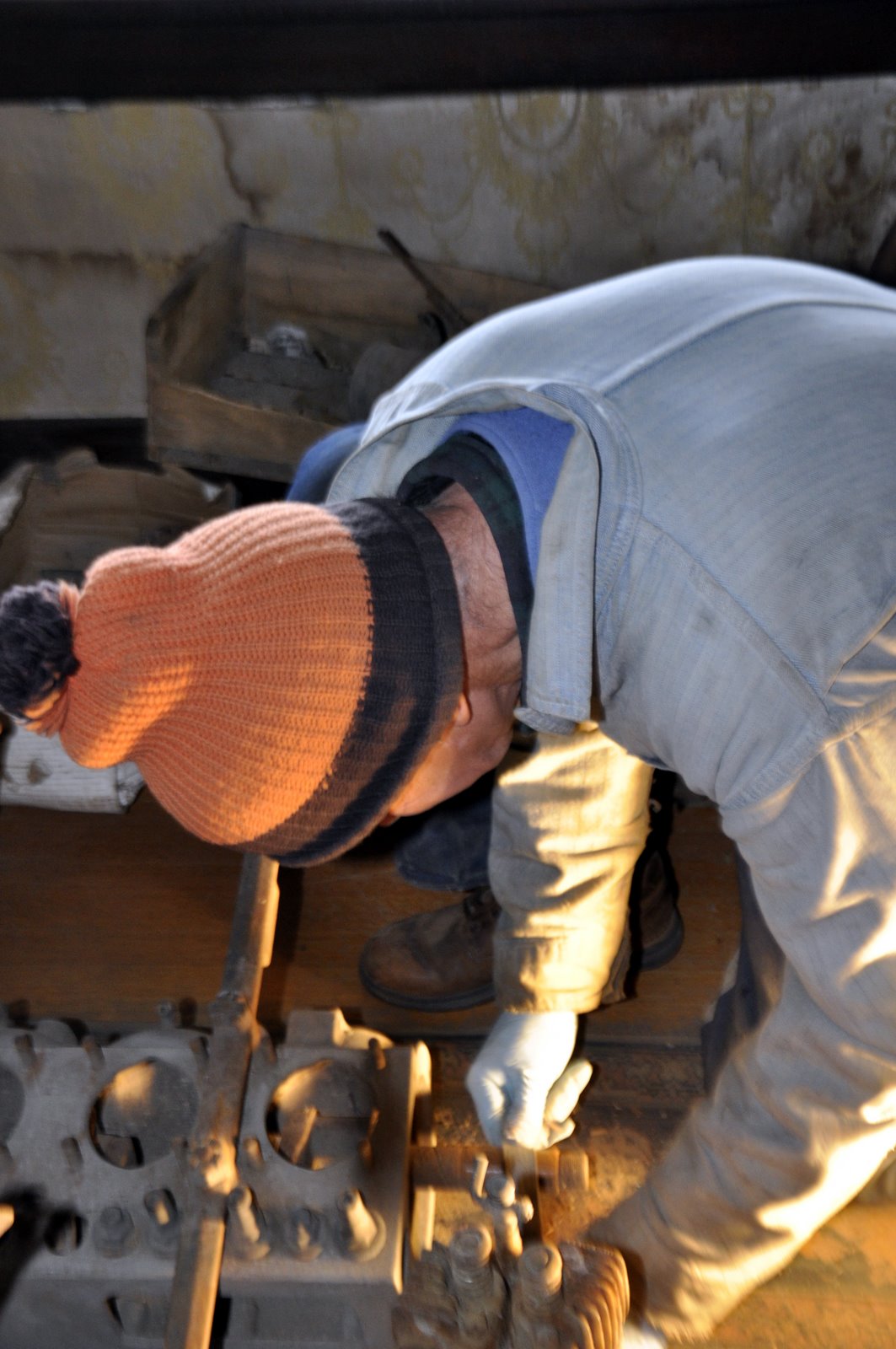